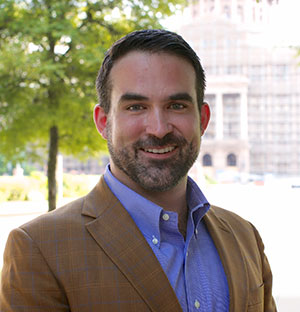 Casey Haney has enjoyed a successful career working in politics and government administration. Prior to joining Blakemore & Associates, Casey worked for the Governor, members of the U.S. House of Representatives, Texas House of Representatives and the Texas Senate, in a variety of capacities from campaign, committee, policy, to chief of staff roles.

While at the Health and Human Services Commission, Casey served as Deputy State Medicaid Director where he was responsible for more than $1 billion in monthly capitation and for oversight of managed care operations, which brought together over a dozen managed care organizations, providing services for more than 3 million Texans.

Throughout his career, Casey has been recognized for his ability to craft legislative and administrative solutions to complex problems involving multiple stakeholders with experience in areas ranging from the provision of vital healthcare services, to the reliability and efficiency of electric and telecommunications infrastructure, to balancing the needs of energy producers with the protection of scarce groundwater resources. Casey has drafted legislation, completed rulemakings and implementations, as well as overseen successful Sunset Advisory Commission reviews at multiple state agencies ranging in size from 180 to 56,000 employees.

Since joining Blakemore & Associates, Casey has worked on a variety of issues for the political, fundraising, and governmental relations clients of the firm. A sixth generation Texan, Casey is a graduate of the University of Texas at Austin, and is currently working toward completion of his M.B.A. at the University of Texas McCombs School of Business. After living in Beijing, Corpus Christi, Hong Kong, and Houston, Casey resides full-time in Austin.